A new production of Verdi’s most dramatic opera!

In April, OPERA BERGEN puts Macbeth to stage in the former public bath in Bergen, Sentralbadet. The performance will be directed by Daniel Bohr, who are highly acclaimed for his great stage works in Denmark during the last decade.

Experience Iano Tamar as the manipulating and ambitious Lady Macbeth, and Andrey Baturkin performing the Title role – both are singers with a strong appearance on stage, and with voices that manage dramatic outbursts as well as subtle and lyric parts.

Lightening design is by Jens Lange, and conductor Anne Randine Øverby is artistic and musical manager of the production.

The opera was first performed 14th of March in 1874, and is based on William Shakespeare’s play with the same title.

Hardly anyone can better describe the nature of power than Shakespeare, and together with Verdi’s dramatic use of musical means Macbeth is a piece of work that has to be created again and again – in a historical perspective, and in the light of nowadays society.

The very core of the drama is a confrontation that creates conflicts; an encounter between realism and the phantasmagorical, between reality and rhetoric – and where power is always at play and reveals its essence, its truth, and its abuse.

By juxtaposing contemporary and historical appearances of how power is exercised, we have a possibility to understand something more about the dynamics in this enduring willpower that exists in any human society and relationship.

In this production, these three aspects of power – its truth, its essence and its abuse – are to be expressed in three different layers. One is looking back to Shakespeare’s contemporary society and culture; the other perspective is the focus on misuse of power that can be seen in different realms.

On another level we can recognize the never-ending concerns and questions about all those who suffer from this power game and intrigues – refugees and migrants; people that always have had to seek shelter in other realms than they want to belong.

To see and to understand different manifestations of the game of power will sooner or later lead us to the difficult question; who is to blame and who is to be responsible?

Is it always he or she that is in the position of power?

What is the responsibility of the maltreated and oppressed – to oppose, speak up and rise?

What can history tell us? And what can we see in present time?

Macbeth was first performed in Norway in 1989 – an Opera Bergen production; with Ann-Margret Petterson as director and Carlo Felice Cillario as conductor.

The protagonists were then performed by Ivan Konulov as Macbethe and Svanhild Saure Hummelsund as Lady Macbeth. The production and the artist were highly acclaimed by the critics.

This the fourth time Opera Bergen makes a production of Macbeth. 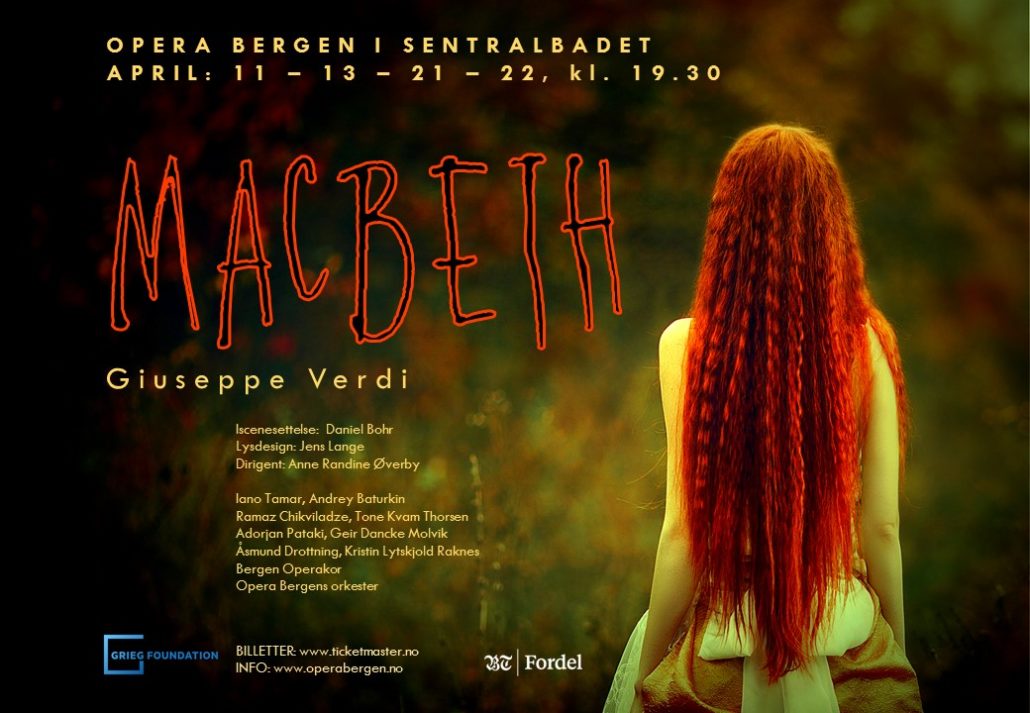 Opera Bergen was founded in 1982 by Anne Randine Øverby and Tone Kvam Thorsen. During the years the aim has been the same; to produce opera performances at an international level, either alone or in cooperation with cultural institutions on regional, national and international level.

Opera Bergen has had the pleasure to work with several conductors during the years, as Rafael Frübeck de Burgos, Aldo Ceccato, Carlo Felice Cillario, Per Dreier, Muhai Tang and Anne Randine Øverby. Stage directors who have been engaged by Opera Bergen has been Ann-Magret Petterson, Bruno Berger-Gorski, Reto Nickler, Rocc and Daniel Bohr a.o.

Opera Bergen has, since its founding, produced more than 90 operas, where quite a number has been first performances ever in Norway or Scandinavia.

In 1987 Opera Bergen gave the Norwegian premier of De Falla’s La Vida Breve, Rafael Frübeck de Burgos conducting. Aldo Ceccato was the conductor of the first Norwegian performance of Verdi’s Macbeth in 1988, and in 1990 Pizetti’s Murder in the Cathedralhad its first performance in Scandinavia, conducted by Carlo Felice Cillario.

Opera Bergen has also made several international tours: as guests at Cairo Opera House and Asmara in 1992, performing a fully staged version of Gershwin’s Porgy and Bess. In 1993 the company went to Ashkelon (Israel) with a fully staged production of Samson and Dalila (Saint-Saëns). On the same occasion Opera Bergen gave a closed performance in Tel Aviv for the prime minister, public officials and cultural authorities.

Opera Bergen produced a European tour in 1998 to Prague and Vienna, where Bergen Opera Choir/Prague Symphony Orchestra performed Mozart’s Requiem in Smetana Hall in Prague, and Bergen Opera Choir /Amadeus Orchestra did the same programme in Goldener Saal, Musikverein in Vienna. Both concerts were conducted by Anne Randine Øverby.

In September 2010 Opera Bergen was invited to Mumbai, India – to produce and perform two production for the 9th Celebrity Season for National Center for Performing Arts (NCPA Mumbai); A Lloyd Webber Gala Concert and a fully staged production of Puccini’s Tosca.

Opera Bergen has also established and developed the medieval castle in Bergen as an open-air stage for acoustic opera, and contributed to bringing the art to a broad audience, locals and tourists in Bergen. 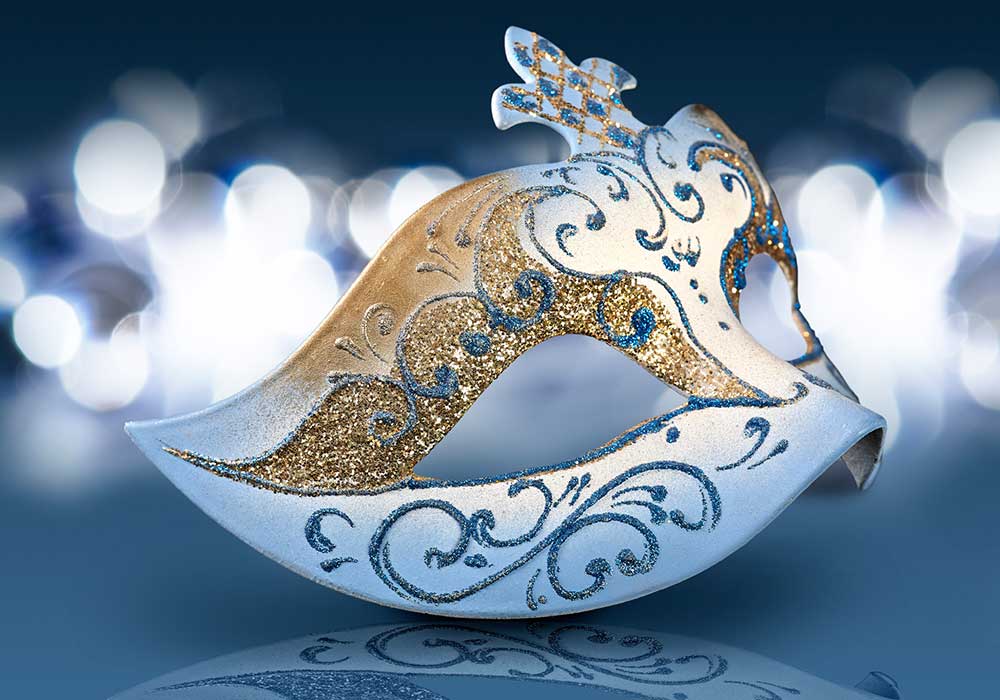 Go to our productions
Scroll to top